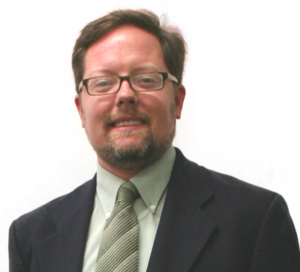 Thomas J. Webster’s (H index: 75, Google Scholar) degrees are in chemical engineering from the University of Pittsburgh (B.S., 1995) and in biomedical engineering from Rensselaer Polytechnic Institute (M.S., 1997; Ph.D., 2000).  In his 16 years in academics, Prof. Webster has graduated/supervised over 109 visiting faculty, clinical fellows, post-doctoral students, and thesis completing B.S., M.S., and Ph.D. students. To date, his lab group has generated over 9 textbooks, 48 book chapters, 306 invited presentations, at least 403 peer-reviewed literature articles (222) and/or conference proceedings (181), at least 567 conference presentations, and 32 provisional or full patents. Some of these patents led to the formation of 9 companies. His research on nanomedicine has received attention in recent media publications including MSNBC (October 10, 2005), NBC Nightly News (May 14, 2007), PBS DragonFly TV (covered across the US during the winter, 2008), ABC Nightly News via the Ivanhoe Medical Breakthrough Segment (covered across the US during the winters of 2008 and separate research segments in 2010 and 2011), Fox News (Dec. 5, 2014), the Weather Channel (March 18, 2014), and he now makes regular appearances on Fox News for medical breakthroughs. His work has been on display at the London and Boston Science Museums. He is the founding editor-in-chief of the International Journal of Nanomedicine (the first international journal in nanomedicine which in five years has achieved an impact factor of 4.97), has helped to organize 22 conferences emphasizing nanotechnology in medicine, and has organized over 53 symposia at numerous conferences emphasizing biological interactions with nanomaterials. He also recently chaired the 2011 Annual Biomedical Engineering Society Meeting and has organized numerous symposia for MRS, AIChE, and ASME conferences. Prof. Webster has received numerous honors including, but not limited to: 2002, Biomedical Engineering Society Rita Schaffer Young Investigator Award; 2003, Outstanding Young Investigator Award Purdue University College of Engineering; 2005, American Association of Nanomedicine Young Investigator Award; 2005, Coulter Foundation Young Investigator Award; 2006, Fellow, American Association of Nanomedicine; 2010, Distinguished Lecturer in Nanomedicine, University of South Florida; 2011, Oustanding Leadership Award for the Biomedical Engineering Society (BMES); 2012, Fellow, American Institute for Medical and Biological Engineering (AIMBE, representing the top 2% of all medical and biological engineers); 2013, Fellow, Biomedical Engineering Society; and 2014, Fellow, Ernst Strugmann. He currently serves as the director of the Indo-U.S. Center for Biomaterials for Healthcare which serves to catalyze research between the U.S. and India in the area of biomaterial science with over 20 participating universities and industries. He was also recently elected President of the Society for Biomaterials.

Prof. Webster has research interests at the intersection of nanotechnology and medicine as he designs, synthesizes, and evaluates the use of nano materials for various medical applications. He fabricates nanostructured surfaces which have received FDA approval for implantation in tissues such as bone, the spine, and dental applications. He is also very active in synthesizing nanoparticles to penetrate biofilms, reduce inflammation, and target cancer cells. Lastly, he has been integral in understanding nanoparticle toxicity to the human body as well as the environment.