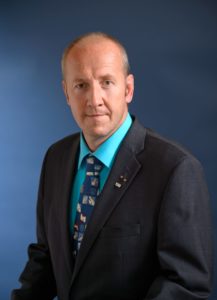 Honorary Professor, Faculty of Medicine, University of Freiburg, Germany. He recently was awarded the degree Doctor Honoris Causa of Technical University Varna, Bulgaria. He has been elected to numerous international society boards and given countless keynote lectures at international congresses. Currently he is an executive Committee member of both the European Orthopaedic Research Society and the International combined Orthopaedic Research Societies.

In 1999 Prof Richards founded eCM journal (www.ecmjournal.org), the first Not-for-profit online open access journal the fields of Biomaterials, Tissue Engineering & Regenerative Medicine and Orthopaedics. This was long before the term Open Access existed, a pioneer in open access publishing. This concept disrupted the publishing field in science and was part of the push on major publishers to be available with early views online, which is now standard practice. He also initiated the transparent review process (open peer review), that commercial publishers now also start to follow.

His own research, has led to major changes in the design and manufacture of internal fracture fixation products that have led to greatly improved clinical outcomes for patients world-wide. Since 1991 Prof Richards has been based at the AO Research Institute Davos performing R&D of fracture fixation devices. In 2009, Prof Richards became Director of the Institute. He is author on over 150 peer reviewed papers, several patents and over 400 abstracts. Professor Richards’s major goal is to focus on translation of the knowledge from his institute and networks to improvement of treatments of the patient in the musculoskeletal field. Professor Richards has a track record of running a successful, international, interdisciplinary institute that combines engineers, biologists, entrepreneurs and clinicians (both medical and veterinary) along with building and maintaining many world-wide networks from this base. He is motivated and strongly driven by this work.

For internal fracture fixation metal currently remains the material of choice since it provides strength for bone fragment support, good ductility for pre-surgical contouring and has been shown extensively to be bio-passive. A device is not only required to allow for fracture healing to occur by providing stability and anatomical re-alignment, but in a large percentage of patients it must also allow for its safe and habitual retrieval. Removal of an IF device can be complicated despite generally being considered as a “routine” procedure. One of the main culprits of these complications has been identified by prof Richards as the occurrence of excessive bony on- and in-growth of a device. Indeed in children alone approximately 13% of complications encountered during scheduled IF removal are related to the occurrence of excessive bony over growth on the device. When bone grows up through and between the “dead” empty spaces of a device, such as into a screw head or between the thread of a screw and a plate, the surgeon faces the risk of inducing a variety of iatrogenic consequences such as debris contamination, implant breakage, re-fracture, nerve damage and excessive blood loss, to name a few. Prof Richards identified the microtopography of a metal implant surface as being a major determinant in the type and extent of tissue interaction with the implant. An additional consideration involves the distinct tissue response elicited by surface microtopographical changes depending on anatomical site of implantation. For instance, in hand applications the irritation of overlying free gliding tendons in contact with the plate is also of concern and Prof Richards has shown that differences in material type and microtopography can govern tissue adhesion to help remedy these issues. The early period of Prof Richard’s research was within this area with many publications on cell and tissue responses to materials both in vitro and in vivo along with an important patent in this area. This fundamental work pertaining to cell and tissue specific responses to metal internal fixation materials with specific emphasis on a surface microtopographical approach to alleviating removal related morbidity and minimising soft tissue irritations for titanium metal and alloys was translated to Synthes and the idea through various methods applied to the majority of their trauma implants. Synthes, before being sold to Johnson and Johnson was number 1 in sales of trauma implants. This shows direct translation of Prof Richard’s knowledge to the market to help the patient in the hospital.