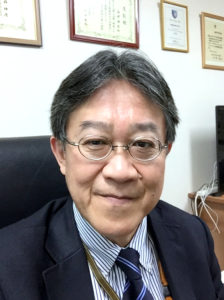 Prof. Nobuhiko Yui is a Professor in the Institute of Biomaterials and Bioengineering at Tokyo Medical and Dental University.  He started his academic career at Tokyo Women’s Medical University as an Assistant Research Professor after his Ph.D. completion at Sophia University in 1985.  From 1988 to 1989 he spent at the University of Twente, the Netherlands, as a Postdoctoral Research Fellow.  He then joined Japan Advanced Institute of Science and Technology as an Associate Professor in 1993 and was promoted to Professor in 1998.  Since 2011 he has been his present position and his research interests include supramolecular biomaterials and their practical applications.  Prof. Yui received numerous honors, including the Award of Japanese Society for Biomaterials in 2005 and Professor Emeritus of Japan Advanced Institute of Science and Technology in 2011.

Design of supramolecular-structured biomaterials aiming at practical applications in both medical and dental fields.  The representatives are a family of polyrotaxanes, in which many cyclic compounds are threaded onto a linear chain capped both terminals with bulky end-groups sometimes via bioclevable linkages.  Supramolecular mobility of polyrotaxnes is much attractive to direct stem cell fate, and biocleavable polyrotaxnes are suitable for therapeutics in metabolic disease via endosomal cholesterol reduction.