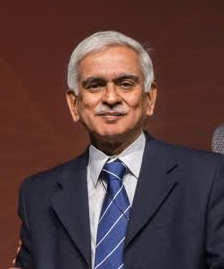 G.S.Bhuvaneshwar is presently an independent Consultant in Medical Device design, development, testing and Quality management.  He is an Adjunct Professor in the Department of Engineering Design at the Indian Institute of Technology, Madras.

For the last 3 years, he was Director of Innovation at Trivitron Healthcare Pvt, LTd., Chennai _ÑÐ a leading company of Indian origin with a major focus in In vitro Diagnostics. Previously, he retired as Head of the Biomedical Technology Wing of Sree Chitra Tirunal Institute for Medical Sciences & Technology (SCTIMST), Trivandrum in 2012 after a long distinguished career spanning 36 years.

He graduated with a B.Tech (Electronics) in 1972 and M.S. (Bioengineering) from IIT Madras. He later obtained a PhD in Biomedical Technology from SCTIMST in 1994.   He has been honored with several awards, notably the Distinguished Alumnus Award of IIT Madras in 1999, Materials Society of India Medal lecture and recently as a Fellow of IUSBSE.

In his long tenure at SCTIMST, Dr. Bhuvaneshwar has been involved in high-risk medical device development in cardiovascular and neurosurgical areas.  His major contribution has been the development of the TTK-CHITRA HEART VALVE, which is manufactured by TTK Health Care Ltd., Trivandrum. Over 100,000 of these valves have been implanted since marketing started in 1995 and is currently being used in 170 centers in India and exported to 6 countries. Other major devices include the CEREDRAIN Hydrocephalus Shunt System (Hindustan Latex Ltd, Trivandrum), SPICTRA Hollow Fiber Membrane Oxygenator (SIDD Life sciences Ltd., Chennai). He has been closely associated with R&D in the area of biomaterials development (dental composites, bioceramics, degradable polymers), blood compatibility evaluation, LVADs and more recently in bone tissue engineering.

His long career involved in the testing of medical devices with active involvement in the development of test systems for heart valves, blood oxygenators, vascular grafts, hydrocephalus shunt systems, with many of them having computer based data acquisition and control.

Under his leadership, a quality system conforming to ISO17025 for biomedical testing services (as per ISO10993) was implemented in the Biomedical Technology Wing of SCTIMST and accredited by COFRAC of France in 2003. He was also involved in the implementation of GLP (Good laboratory practice) standards for preclinical animal studies and ISO13485 for medical device design and development including risk management under ISO14971.  In 2008, he lead a small team in the institute, which drafted a Bill for the Medical devices regulation at the behest of the Government of India.

During his 4 decade long career, he has worked closely with clinicians and surgeons and been closely involved in clinical trials, animal and clinical study ethics. He has to his credit 9 patents, 3 book chapters and 32 research publications.