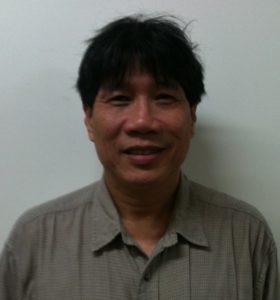 Biography:
Dr. Feng-Huei Lin was born in 1957 in Taiwan. He obtained his BS degree in Department of Earth Sciences, National Cheng Kung University (NCKU), Taiwan, in 1980. After served in army for 2 years, he was invited to be a teaching assistant in Department of ES, NCKU, in 1982. In 1983, he joined the Functional Ceramics Lab in Institute of Materials Sciences and Engineering, NCKU, Taiwan. He was assigned to do the research in Bio-ceramic and Composite for Orthopedics; where he received the training both in Materials Technology and Medical Science. During the PhD training, he was not only to take course in engineering school, but also in medical school; that included biochemistry, cell biology, physiology, pathology, anatomyäó_ He was honored as PhD degree with 12 SCI publications in November, 1989.