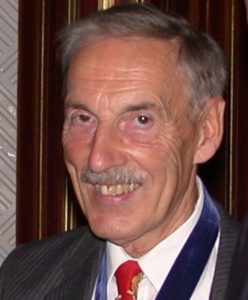 PhD from the University of Birmingham in UK. Appointed to Dalhousie University Faculty, Halifax, Canada in 1975. ? Served as Chairman Department of Applied Oral Sciences and Head Division of Biomaterials Science and Assistant Dean of Research. Held cross appointments in the Faculty of Medicine and Faculty of Heath Professions. Appointed Professor Emeritus of Biomaterials Dalhousie University in 1999; and continued to teach in the Biomaterials program up to 2010. ?A Chartered Chemist (C.Chem) and a Fellow of the following organizations, Royal Society of Chemistry (FRSC), the Institute of Ceramics (F.I.Ceram), Institute of Materials (FIM). Holds two patents on biomaterials. Has served on many government committees. Past President Canadian Association for Dental Research (CADR). Past President of the International Dental Materials Group IADR. Served as Chair of the Canadian Dental Association, Dental Materials and Devices Committee 1993-1998. Numerous awards including the Wilmer Souder Distinguished Scientist Award of the International Association for Dental Research and an Honorary Doctorate Degree from the University of Umeå Sweden. Awarded an international Fellowship in Biomaterials Science and Engineering (FBSE) 1996. Received Award of Merit from the Canadian Standards Association in recognition for work in developing national and international standards for dentistry. Received Distinguished Service Award from the Canadian Dental association. Elected Honorary Member Association of Prosthodontists of Canada. Inducted as an Honorary Fellow of the International College of Dentists in 2005. International Distinguished Service Award from IADR in 2016. Also in 2016 awarded World Dental Federation’s (FDI) highest award – elected as a Member of the List of Honour, granted to only a very small number of individuals.? Has acted as scientific expert consultant for government agencies, dental profession, national and international private sectors, Authored or co-authored over 300 papers and abstracts and has contributed chapters in eight books.

Conducted research on a wide range of biomaterials and material properties covering ceramics, refractories, hard and soft polymers, composites, dental cement, bone cement, mercury pollution, biocompatibility of materials and synthesis of glass and polymer materials and the release of drugs from biomaterials.   Authored or co-authored over 300 papers and abstracts and has contributed chapters in eight books.