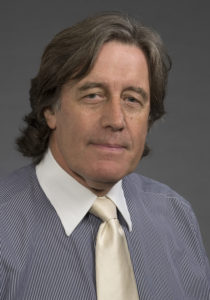 Professor Williams has had 45 years experience in biomaterials, medical device and tissue engineering. During his career he has published over 30 books and 400 papers: his latest book, Essential Biomaterials Science, was published by Cambridge University Press in June 2014. He was Editor-in-Chief of Biomaterials, the worldŠ—Ès leading journal in this field between 2000 and 2014. He has received the major awards from the US, European and Indian societies of biomaterials including the Founders Award of the US Society for Biomaterials in 2007, and received the prestigious Acta Biomaterialia Gold Medal in 2012. In 1999 he was elected as a Fellow of the Royal Academy of Engineering and is a Foreign Fellow of the Indian National Academy of Engineering and a Fellow of the American Institute of Medical and Biological Engineering, all in recognition of his contributions to engineering in medicine. He was global President of the Tissue Engineering & Regenerative Medicine International Society from 2013-2015.  He was a scientific advisor to several divisions of the European Commission during the 1990s and wrote several opinions on which European actions were taken. He has, over the last 20 years, given evidence in several major product liability and patent legal cases in the USA, Europe and Australia.

Professor Williams left the University of Liverpool, UK, in 2007, where he had been Head of Clinical Engineering, Director of the UK Centre for Tissue Engineering and Pro Vice Chancellor of the University. While retaining the title of Emeritus Professor at Liverpool, he is currently Professor and Director of International Affairs, Wake Forest Institute of Regenerative Medicine, North Carolina, USA. In addition, he is a Visiting Professor in the Christiaan Barnard Department of Cardiothoracic Surgery, Cape Town, South Africa, a Adjunct Professor at the University of Technology, Sydney, Australia, and a Guest Professor, at Tsinghua University, Beijing, and Advisory Professor at Shanghai Jiao Tong University, China.  He is Visiting Chair Professor of Biomedical Materials, Taipei Medical University, Taiwan. In Cape Town, along with Professor Peter Zilla, the current Chris Barnard Professor of Surgery, he has formed a company that will produce low cost but high technology medical devices that can be used with minimally invasive procedures to treat young adults in sub-Sarah Africa, who are suffering from rheumatic heart disease but currently have no therapies available to them.