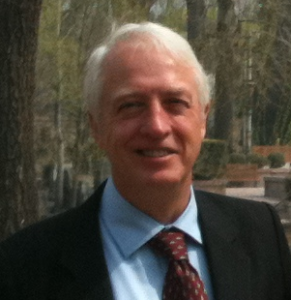 Biography:
Professor Bruce Milthorpe was Dean of Science at UTS from November 2008 to August 2016. Previously he was a professor in the Graduate School of Biomedical Engineering, University of New South Wales. From February 2006 to August 2007, he was the Deputy President (Academic) of UNSW Asia. Prior to his time with UNSW Asia, he was Head of School of the Graduate School of Biomedical Engineering, UNSW, from 1998 until March 2006. In 2004 he was elected Fellow Biomaterials Science and Engineering and in 2014 he was elected a Fellow of the Royal Society New South Wales. He is also a Graduate of the Australian Institute of Company Directors. Professor Milthorpe has been an advisor to the Government of the Commonwealth of Australia through a sub-committee of the Therapeutic Devices Evaluation Committee and the Therapeutic Goods Committee. He is a Chairman of the Board of Culture at Work, and a director for the Sydney Institute for Marine Science. He is a past director of a biomedical instrumentation company, a former board member of a biomedical research company and of Insearch Ltd and was President of the UNSW branch of the National Tertiary Education Industry Union for six years. He has a background as a biochemist and biomaterials scientist with nearly 30 years’ experience in biomaterials development and assessment, as well as interests in tissue engineering and cytometry. He has been a member of the international editorial board of Biomaterials, and is now on the editorial board of two new journals in the field, as well as having served as an executive member of several research societies. He has published over 100 refereed journal articles and more than 120 conference presentations. He has been named on three patents in the area of medical devices.

Areas of research interest:
My research interests are in the use and modification of materials as biomaterials and quantification of the biological response to these materials. These interests have developed from several initiatives I followed during my career. In my Honours and PhD programs I studied quantitative aspects of biochemistry including effects of ionising radiation on cellular components and enzymes and the measurement of protein to protein interactions. My postdoctoral experience at the Ludwig Institute for Cancer Research involved the development of a flow cytometry facility and subsequent applications to quantitative cell biology investigations. It was during the first 5 years at the then Centre for Biomedical Engineering, that I gained a perception that the problems of biomaterials development and advances in prosthesis design were dependent on the development of suitable quantitative methods which combined aspects of biochemistry, cell biology, materials science and biomaterials engineering. This interest and direction has dominated my research during the last 30 years and led to research avenues directed towards the development of novel biomaterials, the measurement of material properties of potentially useful composite materials and quantitative evaluation of biological responses to biomaterials. These avenues have developed to include major areas such as: bioceramics including bioactive ceramics biomaterials development biomechanics of bone and reconstructions image analysis in biomaterial testing modification of cellular responses to biomaterials; biomaterials evaluation techniques; biological molecule adsorption to surfaces; tissue engineering; and stem cells.