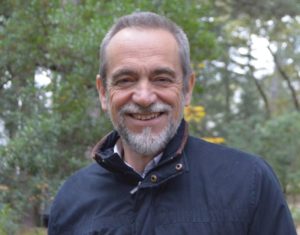 Mário Barbosa took his PhD at Leeds University (UK). He is Professor Catedrático at the Instituto de Ciências Biomédicas Abel Salazar (ICBAS), University of Porto, where his area of teaching is bioengineering.  Since 2015, and following an application led by him, has been Director of the I3S (Institute de Investigação e Inovação em Saúde) of Porto University (www.i3s.up.pt)

The main topic of his research is the modulation of inflammation in tissue repair/regeneration, namely through the design of immunomodulatory microenvironments. At i3S he leads the Microenvironments for New Therapies (MiNT) group.

The MiNT Group bioengineers microenvironments to promote tissue repair/regeneration through modulation of the host response. Pivotal in this strategy is the concept that biomaterials can be engineered to drive inflammation towards either pro- or anti-inflammatory microenvironments. This rational has been consistently adopted by the group, with a particular emphasis in spine diseases, namely those affecting bone and the intervertebral disc.

This translational oriented research is founded on more fundamental and well-established contributions of the group to the understanding and modulation of cell-biomaterial interactions, namely on how biomaterials chemistry can be designed to prevent/promote cell adhesion and guide cell behaviour, including inflammatory cells.

His participation in research projects financially supported by a diversity of sources (European Commission, European Science Foundation, Portuguese agencies, the Cariplo Foundation and the AO Foundation) has fostered collaborations with Germany, Spain, Italy, France, Switzerland, USA and China, as well as with hospitals and companies. He carried out research in the following universities: PhD at Leeds University; sabbatical leaves at Loughborough University, Leiden University and Milano University.

At the post-graduate level he has taken a leading role in launching several programmes (e.g. the Doctoral Programme in Biomedical Engineering, in 1996, one of the first to operate in Portugal). Until 2017 he coordinated the European Industrial Biological Biomaterials Doctorate, IB2 (ITN, Marie Curie), which involved training in an advanced industrial environment. He is the Director of the Doctoral Programme on Molecular and Cellular Biotechnology Applied to Health Sciences, which involves the Institute for Biomedical Sciences, Faculty of Pharmacy, i3S and several international institutions and companies.

In 2001 he received the George Winter Award of the European Society for Biomaterials (ESB), the ESB award for outstanding work of an established researcher. He is also a Fellow of the International Union of Societies for Biomaterials Science and Engineering.

My present interests focus on the role of inflammation in tissue regeneration. In particular, I am developing immunomodulatory strategies to improve regeneration of bone and intervertebral discs. My previous interests included cell-biomaterial interactions and protein adsorption to biomaterials.